Freemasonry teaches moral lessons and self-knowledge through participation in a progression of allegorical two-part plays, which are learned by heart and performed within each lodge. Freemasonry offers its members an approach to life which seeks to reinforce thoughtfulness for others, kindness in the community, honesty in business, courtesy in society and fairness in all things. Members are urged to regard the interests of the family as paramount but importantly Freemasonry also teaches and practices concern for people, care for the less fortunate and help for those in need.

The Secrets of Freemasonry for the Curious: 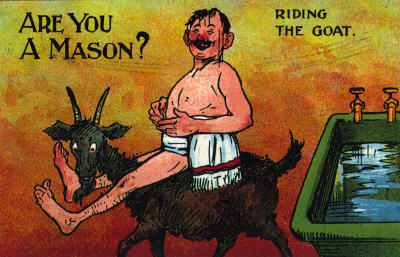 Freemasonry is not a secret society. There is no secret about any of its aims and principles. Its constitutions and rules are published and are available to the public.  All Freemasons are free to acknowledge their membership and will also in response to inquiries for respectable reasons. The only secrets of Freemasonry are concerned with its traditional modes of recognition and these are only secret in as much as every Freemason has made a promise not to reveal them.

My Son Chamath, Grandson Akshita Eranjith, and I are Freemasons. My Daughter Anusha Krishni is in the Order of the Eastern Star.